Addiction Is Addiction: Opioids or Cocaine

Addiction Is Addiction: Opioids or Cocaine

This week, Florida Governor Rick Scott released a press statement outlining plans to address opioid abuse. Anyone living in the Sunshine State knows that Florida has not been spared from the addiction epidemic plaguing the nation. After all, Florida is no stranger to drug epidemics — being ground zero in the cocaine epidemic of the 1980’s.

Over 60,000 Americans died from overdose last year alone, a number expected to be surpassed this year. Both heroin and fentanyl garner the market share of attention these days. But, that doesn’t mean that prescription painkillers are no longer a problem. They are, especially here in Florida.

Florida gained a reputation in the 2000’s for “pill mills” and “doctor shopping.” The former being pain management clinics that would prescribe opioids to anyone complaining of pain. The latter being patients who go to multiple doctors every month to get as many opioids as possible. Doctor shoppers are either trying to maintain a serious opioid dependence or are simply trying to turn a profit. While law enforcement made a concerted to close down and punish pill mill operators, they still exist without license. Governor Scott plans to redouble efforts to shut down those still in existence.

The Governor plans to devote $50 million towards addiction treatment and recovery services in 2018-19. What’s more, there will be a major emphasis on prescription opioids in the coming year. This is because most illicit opioid users became dependent on drugs that came from doctors, not the streets. Users only turning to the black market when it became more difficult to feed one’s addiction otherwise. Gov. Scott’s plan includes:

Let’s Not Forget About Cocaine

The opioid addiction epidemic is like nothing we’ve ever seen before. And, hopefully, never see again. However, it’s important to remember that addiction to any type of substance or behavior is an epidemic in itself. We would all be wise to keep in mind that the drugs and alcohol are only symptoms of a serious mental illness. Addiction. The substance one gravitates towards and becomes dependent on is hardly as important as what is done about it. 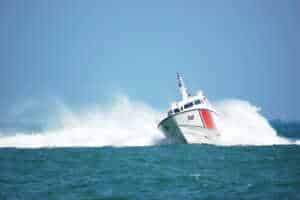 As was pointed out earlier, Florida is no stranger to drug use crises. Those of you old enough to remember or have seen movies like Scarface, are aware of cocaine’s relation to Florida. Some of you may not know that cocaine use, abuse and addiction is still a real problem in the U.S. Even if you don’t hear much about it these days. The U.S. Coast Guard offloaded around 490 kilograms of cocaine in Fort Lauderdale this week, The Miami Herald reports. Just for some perspective, 1,080 lbs. of cocaine are worth roughly $15 million.

“The Coast Guard is committed to combating transnational criminal organizations at sea and each of these interdictions will lead to federal prosecutions, that in turn provide intelligence we can use to interdict more illicit shipments of drugs, people and weapons at sea,” said Capt. Mark Vlaun, staff judge advocate for the Coast Guard Seventh District. “Our whole of government efforts are targeting the financial lifeline of organized crime to ultimately cause the collapse of these illegal networks.”

Opioid narcotics steals the spotlight due to the propensity for premature death, via overdose. But, anyone with untreated addiction is at risk of having their life cut short. It’s not just addicts and alcoholics who are affected. Millions of family members experience heartache and loss before these substances collect their final bill from the afflicted.

It’s so very vital that people who need addiction treatment, get it. At Guardian IOP we understand the difficulty of breaking the cycle of addiction. We also know that people who do not find assistance rarely recover. If you, or a loved one has a substance use disorder of any kind, please contact us today. Living a life in recovery is more than possible, it’s necessary.