There are many mind-altering substances prone to abuse today. Some are the more obvious ones that a person is likely to associate with substance abuse, including alcohol, marijuana, painkillers, benzodiazepines, cocaine, heroin, and numerous others including kava and kratom. These are substances that have, over the years, become extremely popular, abused at extremely high rates and resulting in high rates of overdose. And after their appearances, most of these substances have remained part of the alcohol- and drug-abuse subculture in the U.S., an ongoing scourge on our society.

In addition to some of the more well-known substances, there are a number that seem improvised and would typically be very unexpected. For instance, huffing became a craze once people realized you could inhale fumes from certain aerosol cans or by cracking open cartridges containing nitrous oxide. Alternately, there are substances that are created through extremely volatile and dangerous processes such as the creation of methamphetamine, or “crystal meth”, in makeshift, amateur “meth labs” located all across the country. There are thousands upon thousands of these labs, and a number of them are the sites of devastating explosions caused by the careless mixing of dangerous chemical combinations. These explosions have resulted in both injury and deaths.

Another unexpected drug is spice, which is the “legal marijuana” consisting of dried, shredded plant material that’s been doused with some type of chemical combination. The chemicals are what cause the intoxication that many users have compared to that of marijuana, but there have been a number of incidents involving unexpectedly aggressive and borderline psychotic behaviors. And there are still many other substances that are less common that substances like alcohol and heroin, but are rising in popularity at a steady pace. There are two particular substances that have become a major concern to public officials and citizens alike; therefore, the following will explain what these two substances are and what makes them so dangerous.

By definition, kava is a narcotic tea-like drink made from the roots of a shrub that is known by the same name and which is in the same family of plants as many types of peppers. In terms of where it tends to be grown, the plant — and also the narcotic tea it’s used to make — is associated mostly with places in and around the Pacific Ocean such as Micronesia, Melanesia, and many other Polynesian cultures, including Hawaii. However, it grows in the greatest density in the Republic of Vanuatu, which is widely considered to be its original or main home. Although it can be grown and harvested elsewhere, the plant flourishes the most in the Pacific areas with which its associated, tending to be a cash crop for many Polynesian cultures and, therefore, areas outside of the Pacific that use kava largely import it from the places from which the substance is known to originate.

As for its preferred growing environment, kava is a plant that prefers soil that’s loose and very well drained so that plenty of air is able to reach the plant’s roots. Although it prefers loose soil and lots of air, it grows best in places with lots of rainfall, temperatures of no less than 70 degrees, and in places where it can be sheltered from excess sunlight; therefore, this particular shrub grows best in tropical places with high humidity, consistently high temperatures, lots of rainfall, and lots of protection from the sun from trees. Interestingly, it does not reproduce sexually; females plants that flower seasonally are exceedingly rare, and the plant does all of its propagation from stem cutting, which occurs when branches of the kava plant are dislocated and fall to the ground where it can begin taking root.

The kava plant is known to contain at least 18 kavalactones, which are compounds known to produce amnestic, analgesic, anticonvulsant, anxiolytic, sedative, and hypnotic effects, accounting for the pharmacological effects. Six of the plant’s kavalactones ,in particular, are responsible for 96 percent of the effects produced when the drug is consumed. In terms of the plant’s effects, there are numerous strains that allow the plant to produce something of a variety of effects that depend on the particular strain. However, the most well-known effects include feelings of relaxation and calm and perceptions of well-being. Users initially experience a period during which they will talk a lot, but this period is followed by the onset of intense relaxation and drowsiness. As such, the drug’s effects of could be considered comparable to those of many benzodiazepines, which is why it has become so prone to abuse in Western cultures where the plant has not yet been made illegal or regulated. 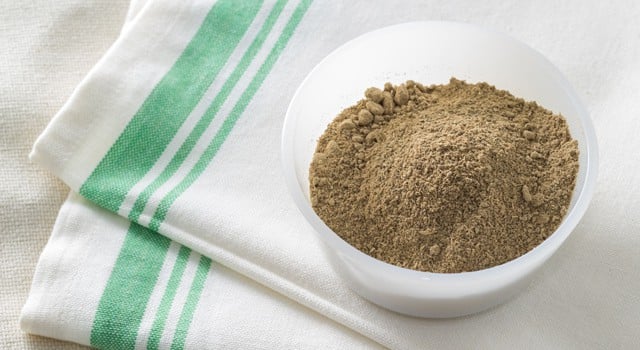 Meanwhile, kratom is another substance that’s derived from a plant of its same name and which has become prone to abuse in recent years. In particular, this plant has been identified as an evergreen, deciduous tree that’s native to a number of regions in and around Southeastern Asia, Indochina, and Malaysia; however, the tree is known to be indigenous to Thailand where there’s a long history of its use in traditional medicinal practices. The effects come from the use of the plant’s leaves, which have reportedly been beneficial in the treatment of pain, anxiety, and even alcohol dependence.

Although it behaves much like an opioid — particularly morphine — when it is ingested, acting on the opioid receptors in the brain, the drug derived from this plant is not actually classified as an opioid substance. As such, it has proven to be as useful in medicinal treatments as it has become popular among recreational substance abusers. Many substance abusers in Western cultures have discovered that abusing this drug can offer them effects comparable to the abuse of more well-known opioids while being undetectable on drug screens, which is why the drug continues to grow in popularity today. There are tests that can detect its presence, but they’re more specialized tests created specifically for the detection of this particular substance whereas drug screens used to test for marijuana, cocaine, heroin, and other more traditional substances are unable to identify kratom in a user’s system. But despite it not being an actual opioid, kratom puts people in a dangerous position since many people assume they can abuse it while simultaneously abusing actual opioids or other substances like benzodiazepines, putting themselves at major risk of overdosing.

If you or someone you love would like to begin the journey back to sobriety, health, and happiness, call Guardian Intensive Outpatient toll-free at 855-517-1871. We’re available anytime, day or night, to help you or your loved one begin your healing journey, so call now.