Nobody ever intends to become addicted to alcohol or drugs. Despite knowing the risks involved in substance abuse, people begin to experiment with alcohol and drugs while assuming that they’ll be able to remain in control. However, that’s not how it goes. They begin by using only occasionally and not in large amounts, but they eventually need to increase their dosage to achieve the desired effects. As they begin increasing the frequency of their substance abuse, their bodies start becoming dependent while they’re distracted by chasing the next high. When they finally realize that they’ve become addicted, it’s too late. They need treatment to get sober.

Unfortunately, addicts often do whatever they need to do to keep themselves out of rehab. It’s often said that addicts need to become ready for recovery on their own, and until that point, here are several of the excuses that they use to stay in active addiction.

“I Don’t Have A Problem. I Can Stop Anytime I Want.”

There’s immense variation in the ways that people can be affected by the disease of addiction. For some, the effects are mostly physical while others experience mostly psychological effects. However, one effect that is relatively constantly, perhaps even universal, is the tendency for people in active alcohol or drug addiction to be in denial of their addictions. Or if they admit to their addictions, they deny the severity of their addictions. Therefore, it’s common for addicts who are resisting rehab to assert that they don’t have a problem with alcohol or drugs and that they can stop using whenever they want, which is never the case. If they were able to quit anytime they wanted, they likely would have quit already.

Until somewhat recently, it was quite expensive for a person to go to rehab. Especially when a person wanted to enroll in a high-quality treatment facility, it wasn’t uncommon for an inpatient program to cost several thousand dollars or more. However, ever since the passing of the Patient Protection and Affordable Care Act in 2011, substance abuse treatment has been one of the essential health benefits of the majority of private and government health insurance plans. In fact, there are a number of low- and no-cost addiction treatment options available today, ensuring that nobody in need is unable to get help for their addictions due to financial limitations.

“I’m So Stressed And I Need Alcohol/Drugs To Cope.”

People begin abusing alcohol and drugs for one of any number of reasons. For instance, people who become addicted to prescription drugs often have chronic medical conditions for which they were receiving prescriptions of addictive, controlled substances in the first place. However, others turn to alcohol and drugs to self-medicate for things like stress and anxiety. In fact, this is one of the most common reasons for people to resort to substance abuse. These addicts often assert that they cannot go to rehab because they need alcohol and drugs to cope with all the things in their lives that cause them stress. 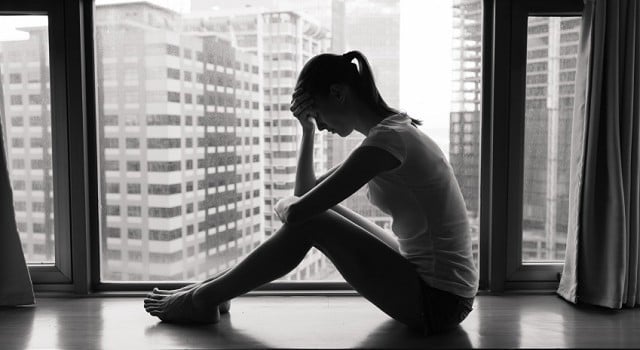 “I’m Not Nearly As Bad As Other Users.”

Everyone who becomes addicted to alcohol and drugs is affected by the disease differently. This is partly due to the range of effects that can be caused by the disease of addiction. Moreover, some people deteriorate much more quickly than others who have become addicts. But no matter what level of severity they have reached, they often compare themselves to the worst stereotype of an addict. To avoid rehab, they’ll maintain that they don’t need to go to rehab since they’ve not reached as low a point as other addicts; however, just because one person’s addiction is more severe or dire than another’s doesn’t mean they don’t both need treatment.

“My Alcohol/Drug Use Isn’t Hurting Anybody.”

Substance abuse is one of the most self-destructive behaviors that a person can exhibit. It results in a sacrifice of one’s physical health, mental and emotional health, social life, and sense of spirituality. But it also affects all the people in the addict’s life since it often results in the individual robbing, stealing from, or otherwise taking advantage of those loved ones if that’s what it takes to sustain their addictions. However, despite the effects that an addiction causes the people around an addict, they often minimize their effect on others and use this excuse as “proof” that they don’t need treatment. Specifically, they maintain that their substance abuse isn’t hurting anyone but themselves although that’s very untrue. This excuse exhibits how addicts don’t take responsibility and aren’t accountable for their actions.

Guardian Intensive Outpatient Can Help You Get the Treatment You Need

Addiction is a very serious, potentially lethal disease that we’ve only just begun to understand. Rather than being physical or psychological like virtually all other diseases, addiction is a disease that is, at once, both physical and psychological as well as social and spiritual. However, Guardian IOP is here to help you or your loved one get back to a state of health and happiness. For a free consultation, call Guardian toll-free at 855-517-1871 today. Whether day or night, you’re never more than a phone call away from a successful recovery.