Although addiction is far from new, it’s still relatively recent that we’ve understood addiction as well as we do today. Before decades of observation and medical advancements, the consensus was that people who exhibited problematic substance use were simply bad people, weak in will and in character, lacking a close relationship with God. As a result, people who would receive medical treatment today were relegated to prisons and insane asylums where they would effectively be forced into sobriety and the prospect of further punishment would encourage them to remain abstinent. However, that’s not what was observed.

Instead, after getting released from their lengthy prison sentences many of these individuals quickly returned to their former exploits. They relapsed in spite of the likelihood that they could be imprisoned again, defying their rationale and what would otherwise be in their best interests. Clearly, there was something more to substance abuse behavior than met the eye. Beneath the surface, the continued abuse of alcohol and drugs appeared to change the way a person’s mind functions, and it was this type of logic that resulted in the disease model of addiction.

There are now a variety of treatments available to those who are suffering from alcoholism and drug addiction. The reason why such variety is necessary is because people who suffer from forms of chemical dependence have very unique needs; therefore, the forms of treatment that work best for one person may not work best for others, resulting in most addiction treatment programs offering patients the opportunity to personalize the curricula and ensuring that each patient’s specific needs are met.

What Exactly is Group Therapy?

When most people think of addiction counseling, they imagine a patient who’s lying on a couch, telling stories of his or her childhood to an apathetic therapist sitting adjacent. It’s common for people to assume that individual therapy such as that described here is the only form of psychotherapy a recovering addict would receive in rehab, but individual therapy is just one part of the overall recovery curriculum. In addition to numerous other forms of treatment—which can include things like holistic treatments, experiential therapies, and so on—people who enroll in the treatment programs offered at alcohol and drug rehabs are strongly encouraged to participate in group therapy.

The most obvious difference between group therapy and individual counseling is the fact that individual counseling is one-on-one psychotherapy between a single patient and his or her therapist while group therapy is, as its name suggests, a form of therapy that takes place between a group of patients and one or more therapists. However, there are several other differences between group and individual therapies. For instance, individual therapy tends to entail patients discussing more personal topics that they wouldn’t discuss in front of a group of people; for example, one particular sensitive subject that might be discussed in individual counseling sessions is a patient’s past traumatic experiences such as physical or sexual abuse. 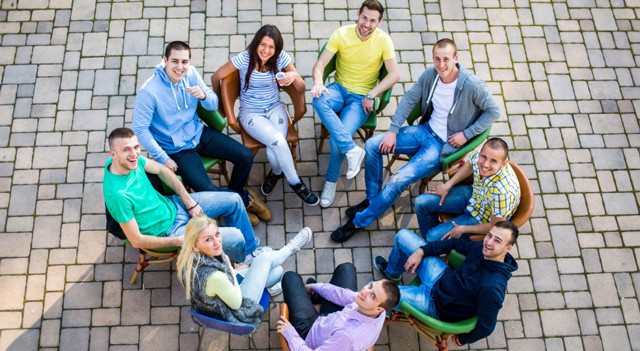 Group Therapy as a Form of Substance Abuse Treatment

Group therapy has been utilized in many different ways; however, in recent years, group therapy is more and more frequently associated with substance abuse treatment. There are a number of reasons why group therapy is used—and is effective in—substance abuse treatment. One reason is due to the antisocial nature of people who are in the throes of active addiction. It’s been found that people who are actively addicted often lose much of their communication ability over the course of their chemical dependency, but group therapy offers them a setting in which they can begin relating to others and learning effective, substance-free ways of communicating from professionals.

Another inherent benefit of group therapy is that it addresses the self-imposed isolation that addicts are usually still experiencing in early recovery. While it may seem unnatural at first, continued participating in group therapy helps people begin to feel comfortable around other people as they adjust to being sober. Additionally, there are different types of group therapies, each of which offer different components of an effective recovery. For instance, psychoeducational group sessions teach patients about addiction, especially with regard to the disease model, how addiction works, and how to identify one’s recovery needs. Skills development groups are, as their name indicates, a form of group therapy that helps addicts to learn certain skills—coping with emotions, anger management, diet and nutrition, and so on—that have been found to be instrumental in one’s ability to remain sober for the long-term.

Why Relating to Others is Essential to Recovery

Living in the throes of active addiction is a very lonely life. Group therapy offers those in recovery with a means of overcoming that loneliness, but the personal benefits are far greater than just to soothe feelings of loneliness. Group therapy helps those in recovery to relate to others who have likely experienced many of the same things and are, therefore, in a position to really understand one another’s perspectives. This understanding helps people to feel less like the odds of recovery are stacked against them. Additionally, establishing relationships with patients who are excelling in their recoveries has proven to be incentivizing; patients will see the success of others and want to experience that success for themselves, which translates into being more dedicated to the recovery process.

Nobody should have to continue to live in a state of active addiction. For more information about addiction treatment programs, support groups, or with any questions, please call the Guardian Intensive Outpatient 24-hour admission line toll-free at 855-517-1871. Don’t wait another day to begin getting your life back.